The Start of Sustainability 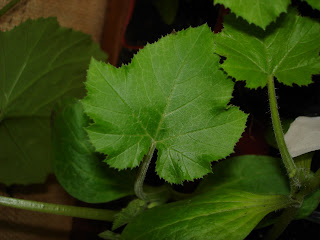 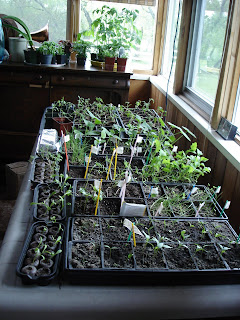 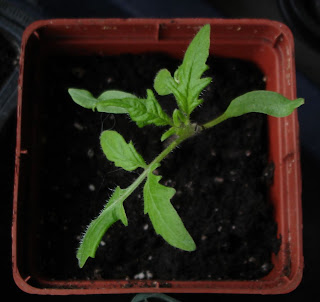 These are my seedlings. They are the start of something big- the new garden, It's big- really big- so big it looks small sometimes, because the space just keeps on going and there's no reference point for just how much black dirt is out there.

When we first moved out here- or talked about moving out here- we thought the first year we'd garden- and get chickens, the next year we'd get pigs, then we'd get a milk cow. It was naive of me I know. Last year we had a garden at a neighbours' place- and it went well- it was a little last minute so it was a bit sparse on variety, but it grew amazingly well. So bolstered by our success- this year I ordered seed catalogues in January- January1st to be exact.

All I can say is that planning a garden in January, in Manitoba, is very much like grocery shopping on an empty stomach. The result is a staggering number of vegetable varieties for two people and a small child. There's two varieties of winter squash- not counting pumpkins (there's two varieties of those too)- three varieties of summer squash- three types of tomatoes- five kinds of Heirloom cherry tomatoes (though with names like black cherry and pink ice can you really blame me?).

The garden is our gateway to sustainability, from this we can build. It's going to be a lot of work but it's one more step towards the lifestyle we hoped for.
Posted by Angela at 8:30 AM

Angela
Canada
I'm an artist, who is currently spending her time raising her two kids,and trying to fit in as much art making as all the gardening, cooking, sewing and parenting allows. This space is a bit like a visual journal of my experience, welcome!

I was featured at: 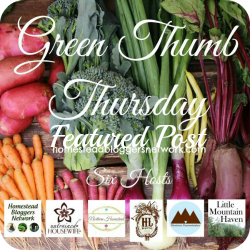